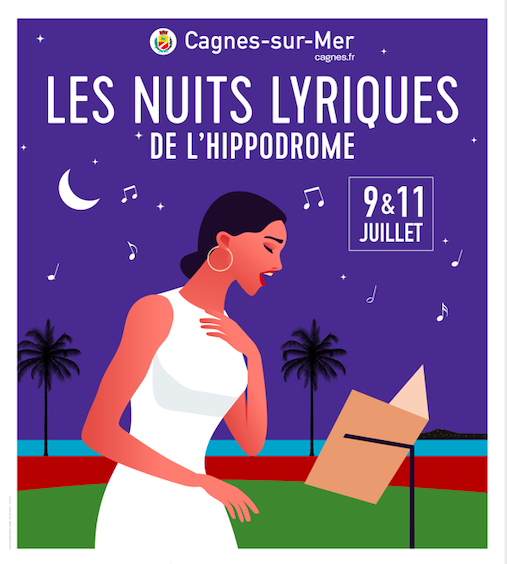 A brand new event promises to satisfy lovers of lyrical art… It is facing the Mediterranean, in the unique setting of the Hippodrome de la Côte d’Azur, that two evenings will be dedicated to musical excellence on July 9th & 11th: “Le grand prix de la voix” & “La soirée Prodigieuse”.

It is at the Hippodrome de la Côte d’Azur, on the 9th and 11th of July, that two exceptional evenings will celebrate young European singers and instrumentalists. The festivities will start with «The Grand Prize of the Voice», a brand new singing competition conducted outdoors, the Mediterranean in the background. Under the artistic direction of soprano Elizabeth Vidal – known in particular by the general public for her role as a historic juror on the France 2 show «Prodigies» – and baritone André Cognet, An evening devoted to the new talents of classical.

Young European singers but also prodigal children, from all over France, will perform before a jury, composed of the notoriety of the lyrical world such as Bertrand Rossi, Director of the Opera of Nice, Dmitry Vdovin – Artistic director of the Bolshoi Opera Studio in Moscow, Mireille Delunsch, professor of singing at the CNSM in Lyon or Lorraine Nubar, professor at the Juilliard School in New York.

It is then the Prodigious Evening that will take place on July 11, 2021. Presented by the sparkling Marianne James, this event will bring together the most talented instrumentalists and singers of their generation, children under 17, from the latest selections of the show «Prodigies» (France 2) or young members of regional conservatories, including the one in Nice. They will perform the spectacular pieces of the greatest composers, including Mozart, Schumann or Chopin. A must on your calendars.