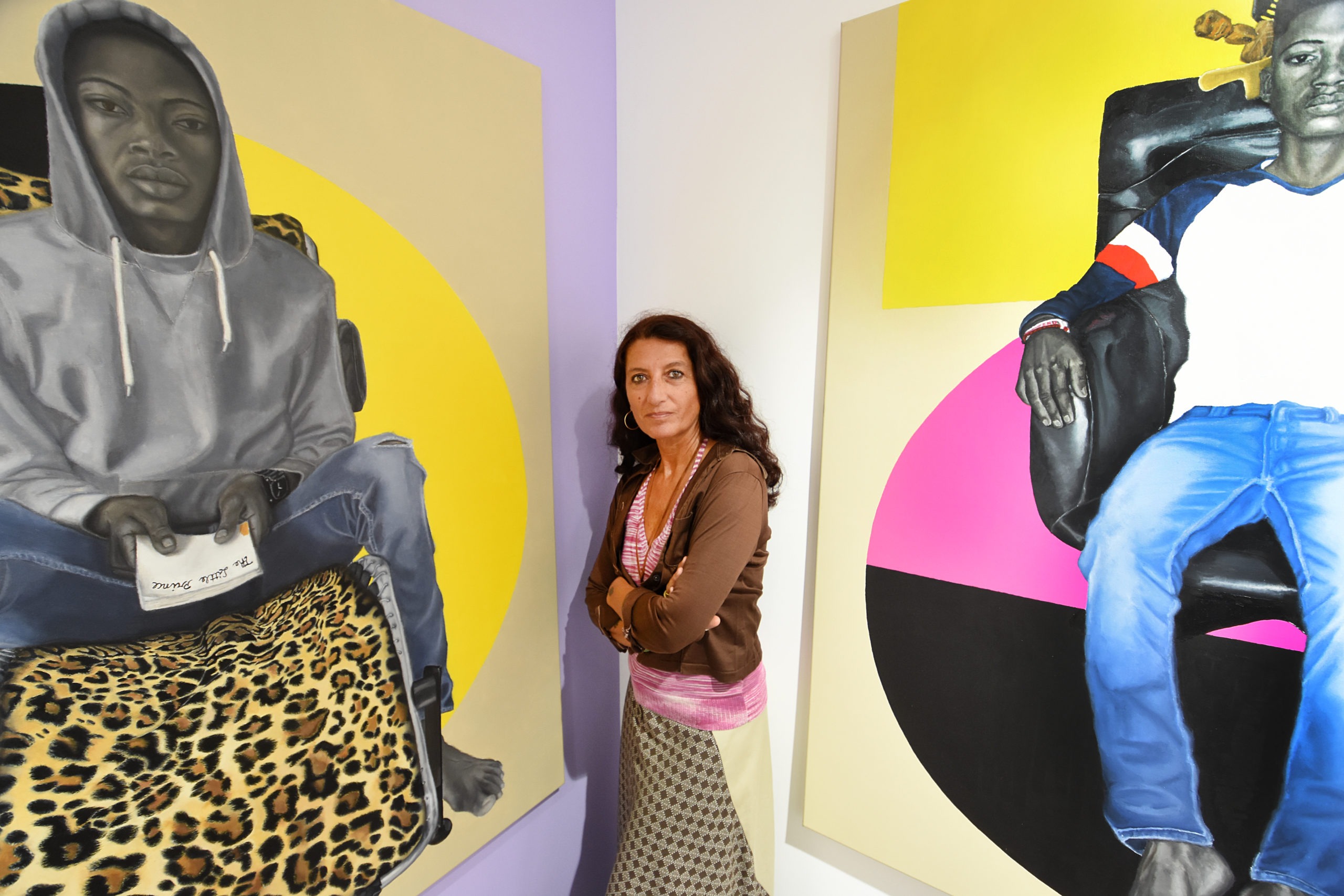 “Because lions will be Kings “

” We should all be Feminists “

In this historic moment there is something great and beautiful about joining forces to show that culture and education can help fight conflict, stereotypes, ignorance and racism.

“With Mrs Donatella Campioni, President of Monaco Aid and Presence (MAP), have decided to bring the world of culture and humanitarian action closer together by presenting six works by the artist and activist Alessandra Bettolo in an online exhibition “Salon.”

Alessandra has adopted two children in South Africa, and she makes them the only subjects of her portraits.
All these paintings tell a story of daily life, of hair, of heritage and above all of justice and injustice for people of African descent.

Alessandra Bettolo carefully and confidently multiplies icon of art history, using them for her implied political messages. There is a strong temptation to delve into the instantaneity of pop culture, in which her subjects are probably immersed in everyday life.

The works of Alessandra Bettolo bear the traces of performative action, a cosmopolitan youth, free of prejudices. She dilutes them through the medium of photography and elaborates the models from life.

“Because lions will always be kings.”

Portrait of her son Sandile, the afro hairstyle shaped by an array of combs has the contours of a royal crown. This aura proves to be a memory of the horrible practice of the “pencil test”. In apartheid-era South Africa, the “pencil test” inserted in the hair, was used to determine a person’s ethnic status. The ritual of discrimination is overturned in the painting and allure of power for the figure of Sandile seated on an armchair-throne, ergonomic and modern.

“We should all be feminists.”

A double portrait of her two children ( Sandile & Thandi), The two figures stand out against a geometric backdrop that suggests the cover of a bestselling book. The male holds the pamphlet, as in religious paintings where the display of an object takes the place of an eloquent, often mannerist gesture.

Thandi, wearing a black dress has two porcupine quills in her hair, gathered in a splendid style; her standing expresses that she is solid and is in control of her destiny.

A woman, an aristocratic portrait, is seen in a pose cherished by Western courts. The Xhosa motifs of his clothing, however, define the temperature and architecture of the painting.

Alessandra Bettolo paints her children Thandi and Sandile as dignified, fearless, proud personages, regal figures of a story, for whom she has been able to create a timeless aura.

The works are priced at 18,000 euros, 20% of which will be donated to MAP for the Edimar-Princess Grace Centre in Yaounde, Cameroon. This will enable 150 young people to receive daily education, psychological support and medical assistance.